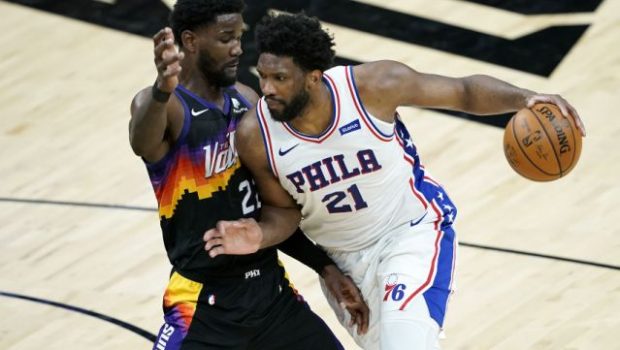 SUNS AND AYTON STUCK WITH EACH OTHER FOR YEAR AT $133M FOR 4!

The Phoenix Suns have matched the Pacers’ four-year, $133 million max offer sheet on Deandre Ayton, according to Shams Charania of The Athletic.

The Pacers offered Ayton the largest offer sheet in NBA history, and while many expected Phoenix to balk at the massive contract, it appears Phoenix’s front office is getting the band back together for the 2022-23 season.

There’s still the possibility of a sign-and-trade to Brooklyn in a Kevin Durant deal, but the chances of Ayton playing anywhere other than Phoenix are slim for the foreseeable future.

This likely means Myles Turner will stay put in Indiana, and guys like Dario Saric and Bismack Biyombo take massive hits to their fantasy value as a result of the Ayton signing.