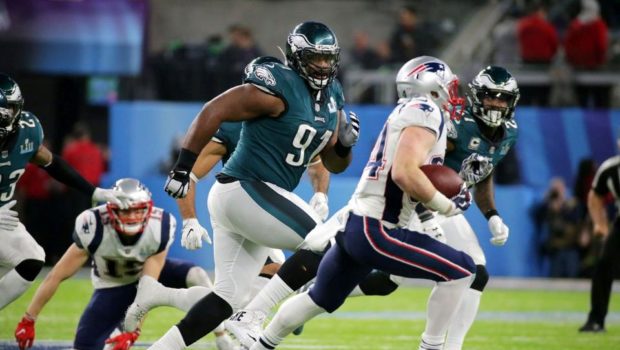 SUH WHAT! RAMS’ DEFENSE WILL BE BETTER BUT EAGLES ARE BEST!

On Monday, the pulled off one of the most impressive signings of the offseason, landing Ndamukong Suh on a one-year, $14 million deal.

However, don’t sleep on the Eagles’ Big D!

Like the Rams, Philly’s offensive got most of the attention last season, but the defense was nothing to sneeze at. The Eagles finished fourth in yards and points allowed, sixth in yards allowed per play, third in points allowed per drive, and fifth in defensive DVOA. They swung a trade for former Seahawks star Michael Bennett this offseason (Bennett may face a suspension stemming from his recent felony arrest), helping them keep pace with the Vikings and Jaguars in the race for the best defensive line in the league. They lost breakout cornerback Patrick Robinsonin free agency, but getting a full season from last year’s second-round pick Sidney Jones, as well as last offseason’s trade acquisition Ronald Darby, should help make up for that loss. And if the secondary takes a slight step backward, well, they Eagles still have one of the league’s best front sevens to make up for it: