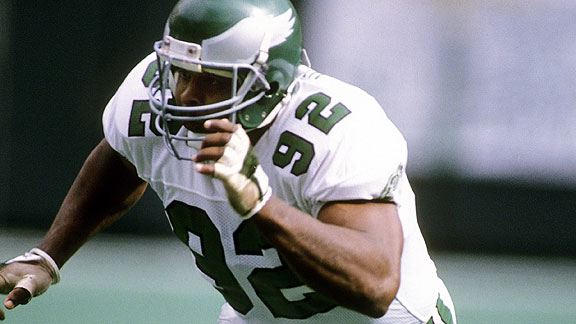 So, I was listening to “Mike and Mike” one day this week, which I usually do because nothing is ever said that is interesting enough to jar me out of my work mode, when all of a sudden I heard this:

“Ndamukong Suh was the best free agent to hit the open market since Eagles legend Reggie White signed with the Green Bay Packers in 1993.”

Reggie White never should have been a free agent, and only was because dummo Eagles owner never fully realized how great he was.

But that caught my attention, and I didn’t catch who made the comment until I surfed ESPN.com, and sure enough here’s the piece, which explains which teams should pursue the Detroit Bad Boy, and which teams won’t — the Eagles because they have too many other priorities to fill: