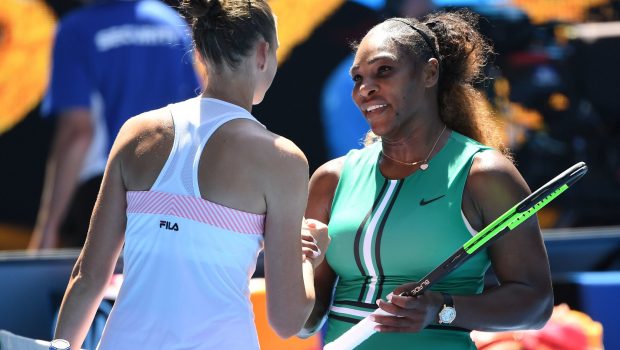 SUDDENLY SERENA IS GONE FROM THE AUSSIE OPEN!

Serena Williams was one point from the Australian Open semifinals today when she lost her footing and the match slipped away.

Williams, who was seeking a record-tying 24th Grand Slam singles title, lost the final six games to fall, 6-4, 4-6, 7-5, to Karolina Pliskova, relinquishing her lead after rolling her left ankle when the match was within her reach.

“I was almost in the locker room, but now I’m standing here as a winner,” Pliskova said in her on-court interview after the match. “So it’s a really good feeling.”

Williams, known more for improbable comebacks than collapses, had not lost a Grand Slam match after holding a match point since the 2010 French Open.