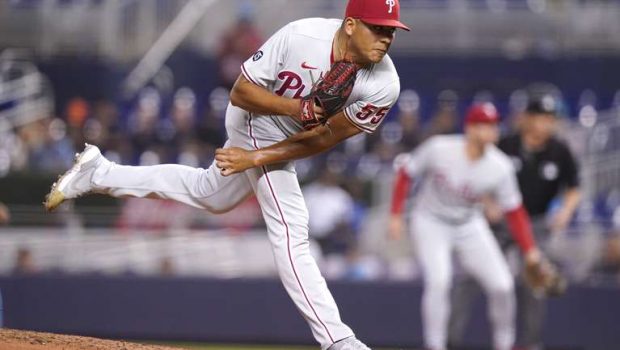 Tonight’s Phils-Dodgers pitching matchup is a rematch from six days ago.

Julio Urias, getting the ball for the Dodgers, is 2-3 with an ERA of 3.00 in seven starts this season. He was roughed up for four home runs by these same Phillies last Saturday in an 8-3 loss. Urias went six innings in that game, giving up eight runs, five of them earned.

Ranger Suarez counters for the Phillies. He picked up the win on Saturday vs the Dodgers to improve to 4-1 on the season. He went seven innings, surrendering three earned runs on five hits while striking out six. This will be his third career start vs Los Angeles.

And the Warriors are home faves against Dallas in the Western NBA finals.