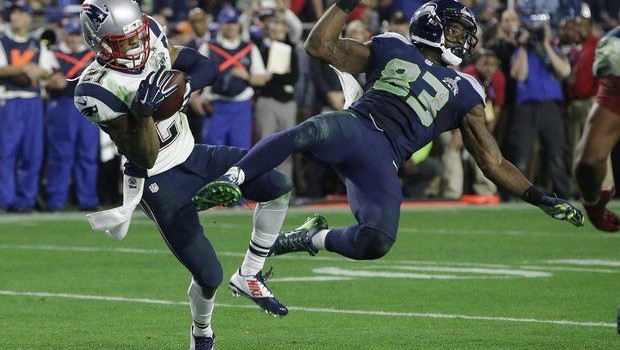 A STUPID DECISION THAT RANKS WITH MIRACLE IN THE MEADOWLANDS

You might be wondering where the colossal mistake of throwing a pass at second-and-goal from the 1-yard line fits into the pantheon of stupid mistakes in sports history. A team with Marshawn Lynch, one of the best goal-line running backs in football, instead opted for a far riskier option, and Malcolm Butler (photo above) made them pay, intercepting the ball at the goal line to effectively end the Seahawks’ hopes of winning a second consecutive Super Bowl.

Coach Pete Carroll took responsibility for the call after the game. So did his offensive coordinator, Darrell Bevell. Whoever actually made the call, the decision joins an list of the worst coaching decisions in sports history.

Marty Mornhinweg’s overtime call: The stakes may have been far lower, but few coaches are more associated with one decision than Mornhinweg, who chose to give his opponent the ball to start overtime in a 2002 game. The Detroit Lions coach felt the wind direction trumped getting the ball, and that his kicker would give him a distinct advantage, but his team never got a chance as the Bears kicked a field goal to win the game before the Lions touched the ball.

John McNamara leaves Buckner on the field: It had become common practice for the Boston Red Sox to take Bill Buckner out of games in the final innings for a defensive replacement. The veteran had trouble moving around because of various injuries, but McNamara, Boston’s manager, reportedly let Buckner stay on the field at the end of Game 6 of the 1986 World Series in hopes of letting him celebrate on the field with his teammates. A ground ball to first base went through Buckner’s legs as the Mets stormed back to win Game 6 and eventually the World Series.

Grady Little’s bullpen decision: In the final act of the Curse of the Bambino, Little, the manager of the Boston Red Sox, decided to stick by his ace, Pedro Martinez, with Game 7 of the 2003 American League Championship Series on the line. Boston was up, 5-2, in the 8th inning, and the team was five outs from the World Series when Martinez melted down. Little visited the mound after Martinez allowed three consecutive hits but decided to leave Martinez in the game. Jorge Posada then hit a two-run double to tie the game, which the Yankees won in extra innings.

Bob Gibson calls for a run: On the previous play, the Giants had taken a knee, running the clock down, but clinging to a 17-12 lead over the Eagles with 20 seconds left to play in a 1978 matchup. Gibson, New York’s offensive coordinator, decided the team should attempt a run. Larry Csonka reportedly asked to not be given the ball, but he got it anyway, fumbling it on the handoff, and Herm Edwards of the Eagles picked up the ball and ran for a 26-yard game-winning touchdown that has come to be known as the “Miracle at the Meadowlands.”