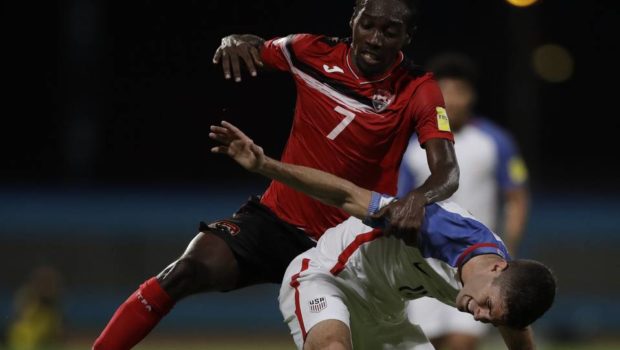 The U.S. men’s national soccer team needed at least a draw against the worst team in its group for a ticket to the World Cup in Russia next summer.

Trinidad and Tobago, already eliminated from contention, had nothing to play for. And for the U.S., there was a trip to soccer’s biggest stage.

But those ambitions fell apart in the space of 90 minutes. The 2-1 loss, combined with victories for Honduras and Panama, means that the U.S. will miss a World Cup for the first time since 1986.

“We have no excuses,” U.S. manager Bruce Arena said. “We failed today.”

Had either Honduras or Panama—both of whose matches also played simultaneously last night—stumbled, the U.S. might have survived the qualifying round, even with its defeat. However, both Central American teams won their games. And as the seconds ticked away, the U.S. players knew something was wrong when the substitutes and coaches remained on the bench. When the final whistle blew, Arena confirmed the worst-case scenario: The U.S. wouldn’t be among the 32 nations in the World Cup.

“What was supposed to be a celebration is now… I don’t know what to say,” defender Omar Gonzalez said.

While the collapse was stunning in its own right, the U.S. qualifying campaign had already been a miserable one. Three victories, three draws and four defeats in the final round robin known as “The Hex” added up to a total of only 12 points. The Americans’ previous low mark under this format was 15 points, ahead of the 1998 World Cup.

Twenty years’ worth of investment, player development and improved sophistication were supposed to have paid off.

Instead, the U.S. elimination figures to be a disaster for the growth of the game domestically, and for the U.S. broadcaster 21st Century Fox, which joined with NBCUniversal’s Telemundo to pay nearly $2 billion for World Cup rights from 2015-2026. (21st Century Fox and News Corp, parent company of The Wall Street Journal, share common ownership.)

The road to Russia was rough from the beginning for the U.S., ever since a pair of home defeats to Mexico and Costa Rica in November 2016. Most of the pressure came off with a 4-0 victory over Panama last Friday in Orlando, leaving one last hurdle to avoid embarrassment.

It was an unusual situation for the Americans, who cruised through qualifying to the Brazil World Cup four years ago. In fact, the last time the U.S. needed a result from its final qualifying match was in 1989. Trinidad and Tobago, ranked 99th, wasn’t supposed to tear up the plan.

The calamity started brewing early on the soggy, bumpy field at Couva’s Ato Boldon Stadium. The home side caught the U.S. defense flat-footed in the 17th minute with a cross that ricocheted off Gonzalez and then looped over goalkeeper Tim Howard into the net. That goal, Gonzalez said later, “will haunt me forever.”

Twenty minutes later, the U.S. was rocked again. Trinidadian fullback Alvin Jones meandered up the right flank unchallenged by American defenders and tried his luck by hammering a shot from more than 30 yards. Howard, slow to react, watched as the ball flew past him and into the goal at the far post.

The U.S. pulled itself back into the game moments after halftime thanks to 19-year-old star Christian Pulisic, whose emergence is one of the few positives the team can wrest from its qualifying ordeal. His shot from range made the score 1-2 and kept alive the possibility of a draw.

At the same time, Panama was mounting a comeback of its own against Costa Rica, and Honduras was battling against already-qualified Mexico. The players on the field here received a few live updates from the bench, but they had no idea things were breaking against them quite so dramatically.

“It was a perfect storm kind of night,” U.S. captain Michael Bradley said. “Everything that could have possibly gone wrong did, in this stadium and in two other stadiums across the region.”

Honduras trailed twice before going 3-2 up for good. Panama’s first goal was awarded despite the ball appearing not to have crossed the goal line; its winner came in the 88th minute for a 2-1 victory.

When Pulisic heard the news, he fell to the turf in tears.

“Tonight was a game where we couldn’t have any slip-ups. Frankly, after November 2016, we had an eight-game Hex,” Howard said. “We had to play flawlessly. That’s one hell of an uphill battle for anybody.”

Arena, who took over from Jurgen Klinsmann, has highlighted what he called the unique challenges of qualifying in the North, Central American and Caribbean zone: Opponents who often sit back and play for draws, and road trips to tiny stadiums with choppy pitches.

Ato Boldon Stadium was a classic example of the Concacaf away-game: a 10,000-capacity venue over an hour’s travel from the team’s hotel in Port of Spain. The field was waterlogged from rain just 24 hours earlier. Arena said on Monday that he would “love to see one of these hotshot teams from Europe come here and play our Concacaf qualifying.”

Still, any reasonable soccer fan would expect the likes of Germany or Spain to arrive in Trinidad with a little more wherewithal than the U.S. showed here.

“It’s the reality of qualifying for a World Cup for us,” Bradley said before the game. “These aren’t necessarily nights for little details.” 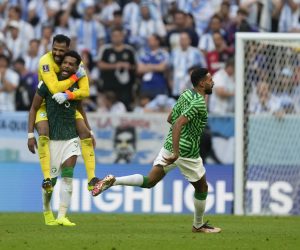