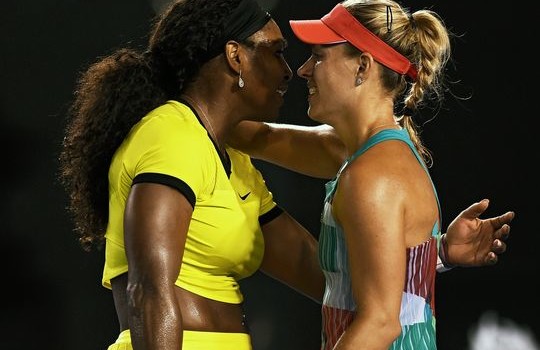 It was a performance for the ages from the 28-year-old Kerber, ranked No. 6 in the world.

Williams, winner of three majors last year and eight of the last 14, lost today on the cusp of tying Steffi Graf’s Open era count of 22 Grand Slams for the second straight major. At the U.S. Open, the American was stopped in the semifinals by world No. 43 Roberta Vinci.