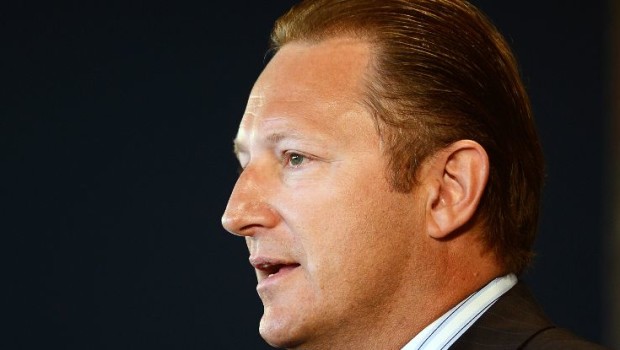 The long-suffering Union fans, who have seen their faves stumble around for their first six years in the MLS, are about to get great news.

Nick Sakiewicz has confirmed to ESPN FC that he is no longer the CEO and operating partner of the Union.

He has been given the big-time boot!

Sakiewicz will no longer handle the day-to-day running of the club. Majority owner Jay Sugarman has scheduled a meeting with senior staff for 9am today, which will be followed by a meeting with the rest of the club’s employees.

Sakiewicz confirmed the news to ESPN FC via text message.

“I enjoyed my time at the Philadelphia Union and am proud of the team, the organization and the stadium that we built,” he said. “I wish the Union, Jay Sugarman and the entire organization the best of luck and continued success.”

The move took place just a day after the Union lost the final of the U.S. Open Cup in its home stadium for the second year in a row. Philly fell to Sporting Kansas City 7-6 in a penalty shootout after extra time finished 1-1.