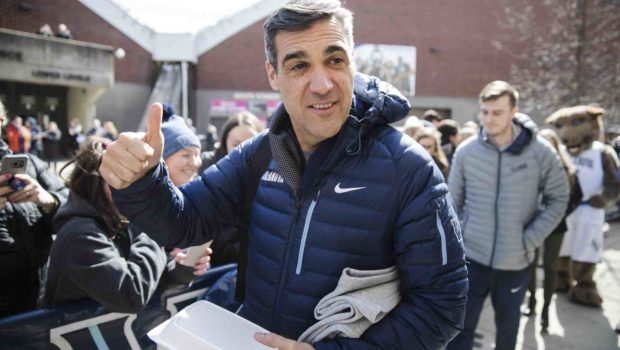 STRONGER THAN THE STORM! VILLANOVA IS ALREADY IN BUFF!

There’s nothing like a little snow to get Villanova’s juices flowing!

The top overall seed in the NCAA tournament left Philly for Buffalo to get ahead of a storm that’s projected to last three days.

The defending champion Wildcats, who play on Thursday, had an abbreviated press availability with coach Jay Wright, but no player interviews were granted as the team rushed to its flight.

“I’m not really looking forward to leaving right away. But it hits you with reality, you’re in it,” Wright (above) said. “We’re going to be in Buffalo tonight and we’re playing and it’s on.”