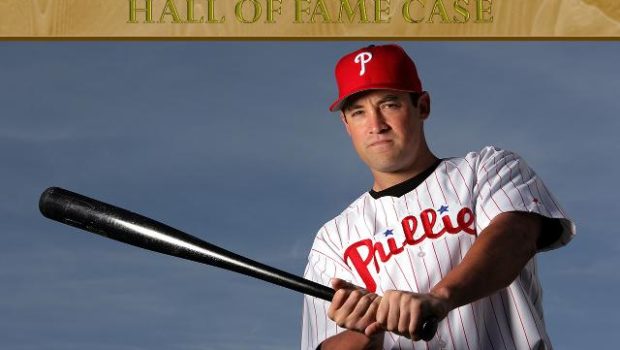 Patrick Brian Burrell. Or, as the cool kids call him, Pat the Bat. OK, so his nickname isn’t the most creative or inventive, but Burrell still had an impressive 12-year career worthy of reflection now that he finds himself on the Baseball Writers’ Association of America Hall of Fame ballot. Here are just a few of the countless reasons to send Pat the Bat to Cooperstown:

Being taken first overall in the MLB Draft is a tremendous honor, but one that is accompanied by sky-high expectations. In the most fundamental way, Burrell is one of the very few to ever fulfill those expectations. In 1998, the Phillies drafted him first overall, no doubt with hopes of seeing him one day lead a championship parade down Broad Street. Ten years later, he made those dreams come true as the starting left fielder for the 2008 World Series champion Phillies.