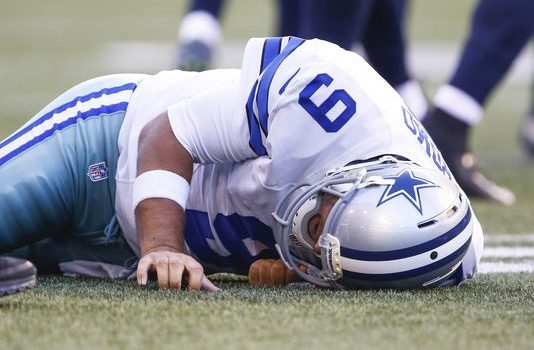 We reported yesterday that the Dallas Cowboys would be cutting old man QB Tony Romo.

And we were wrong.

Romo is now expected to be traded rather than released by the Dallas Cowboys, with both the Denver Broncos and Houston Texans being potential trade partners, according to league sources.

Details are not clear, but the Cowboys now believe they have a trade that will work for Romo and the team, sources said.

Romo posted a message for Cowboys fans on Instagram yesterday: