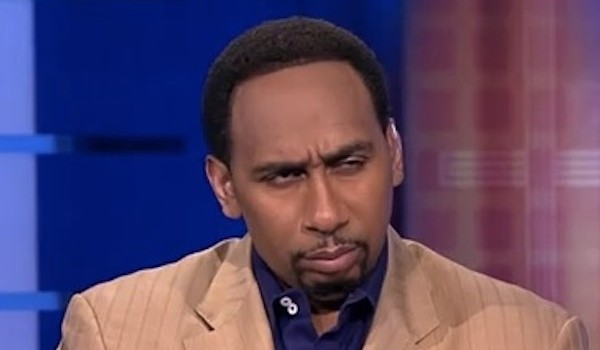 Today on ESPN, Stephen A. Smith had a strong opinion on why the trio of playmakers are gone, while wide receiver Riley Cooper remains.

Here are Smith’s comments in full:

The Eagles released DeSean Jackson last summer, LeSean McCoy was traded last week and Jeremy Maclin is on the verge of signing with Kansas City.

All three are African-American. Cooper is white.

Smith, who wrote for the Inquirer for 15 years, mentions that he finds it odd that Cooper is Kelly’s “kind of guy”, which seems to be a reference to the video released of Cooper in 2013, when the receiver was seen yelling a racial slur at an bodyguard at a Kenny Chesney concert.