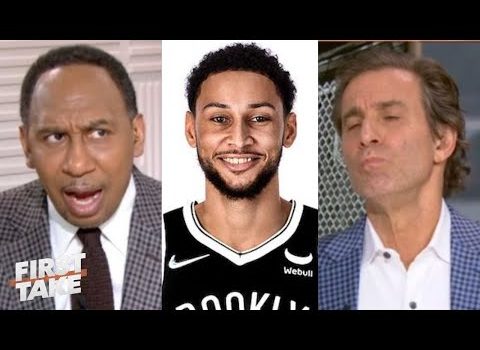 STEPHEN A’S 180 ON SIMMONS: GLORIFICATION TO I’VE HAD IT!

You’ve got to hand it to Stephen A. Smith.

When the Nets got Ben Simmons for James Harden back on Feb. 10, the ESPN blowhard was all in, and he even called the trade “a reputation destroyer” for Sixers biggie Daryl Morey. The Nets had pulled off the heist of the century.

Now that Simmons hasn’t even sniffed the court in the past two and half months, including tonight’s game 4 against the Celts, Smith has changed his tune.

Once a phony, always a phony.

And that includes Smith and Simmons!