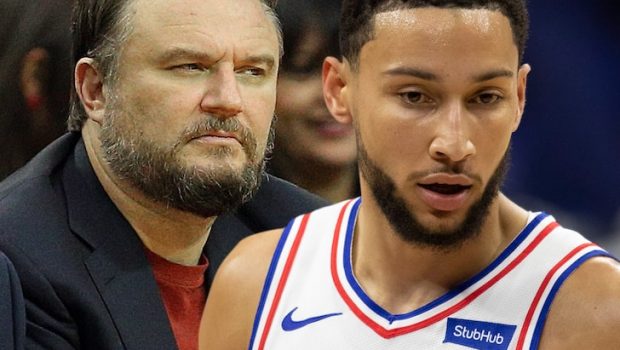 STEPHEN A: COULD BE WORST DAY IN SIXERS DARYL MOREY’S CAREER!

Most of the national media have trashed the Sixers over the James Harden for Ben Simmons trade.

That’s basically because they have an investment in the Nets’ success since most of them predicted that Harden, Kyrie Irving and Kevon Durant would win the NBA title.

How’s that working out now that the Nets have lost 10 straight?

ESPN’s Stephen A. Smith, who worked in Philly for the Inky and still resents that Daryl Morey was hired over Smith’s bud Elton Brand, says there is a clear winner here and it isn’t the Sixers:

This could potentially go down as the worst day in the career of Daryl Morey, the worst day. Think about this for a second here.

You gave up a shooter in Seth Curry. I hear that he can’t guard and Huerter got 27 on him in a playoffs. Stop it. The bottom line is he’s one of the premier shooters in the game. Okay? You think about him, he’s gone.

And so when I look at it from that perspective, and whatever else they gave up, when you think about Ben Simmons and how he complements KD and Kyrie, what he brings to the table in terms of his playmaking ability, his ball-handling skills, his defensive prowess, there’s no question along with Andre Drummond, a big body that Brooklyn desperately needed, you take all of those things into consideration. I don’t think there’s any doubt that Brooklyn benefits from this trade.

Now when you look at Harden, how long can he be that guy in Philadelphia? Because when KD, Kyrie, and Ben Simmons, and an extra big body on your front line in Brooklyn. I see Brooklyn as the clear winner in this deal.