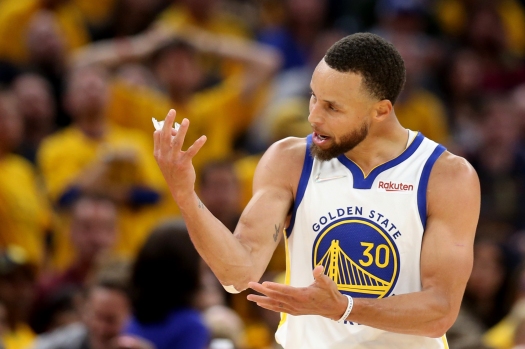 STEPH STARTED ON FIRE, DOUSED BY THE 4TH QUARTER!

Curry put in 21 of Golden State’s first 32 points through the first quarter of action while only missing two shots, one of which was a heave at the end of the quarter.

However, he was scoreless through the second quarter and quiet in the fourth during the Warriors’ late-game collapse.

Klay Thompson also had a rough night, finishing with 15 points on 6-of-14 shooting to go with two boards, three assists and three triples over 39 minutes.