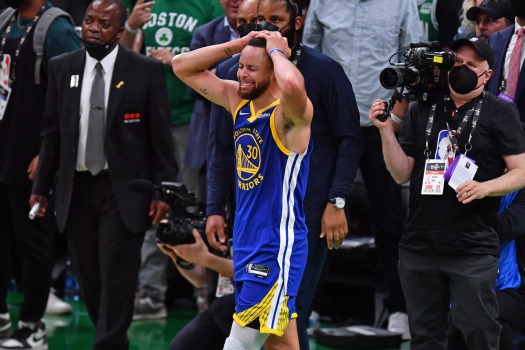 Curry was excellent in Games 1-4 but struggled in Game 5, totaling only 16 points and going 0-of-9 from beyond the arc.

He nailed 12-of-21 shooting, including 6-of-11 from long distance. Curry consistently took advantage of lax Celtics defense and switches onto bigs with no help, teeing up for an easy three or blowing past a slower defender.

Curry finally captured the Finals MVP award that eluded him for so many years. After a two-year playoff drought, the departure of Kevin Durant and multiple serious injuries to Klay Thompson, Curry knew how much this championship meant and let the emotions flow.

The greatest shooter of all time now has four rings to his name in six Finals appearances since 2015.