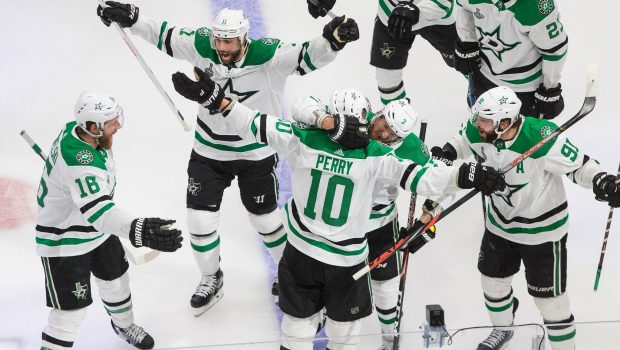 The goal was Perry’s second of the night in the 3-2 win at Rogers Place. Joe Pavelski also scored for Dallas, while Ondrej Palat and Mikhail Sergachev had the goals for Tampa Bay.

“It’s obviously not the outcome you want,” said Victor Hedman, a favorite for the Conn Smythe Trophy as playoff MVP, who logged a team-high 36:03 of ice time as Tampa Bay squandered its first opportunity to clinch the Stanley Cup. “It wasn’t our night. They scored.”

The Lightning now lead the series 3-2. They’ll get a second shot at the championship in Game 6 on Monday from Edmonton.