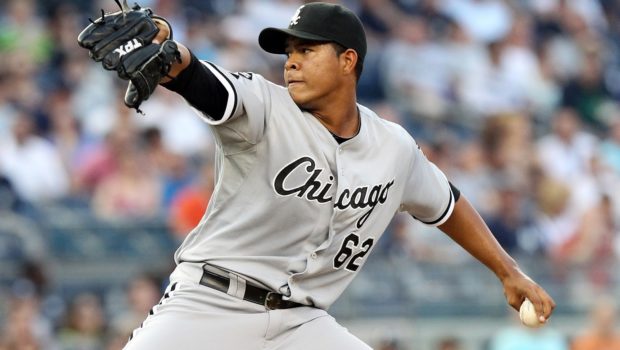 ALL-STAR LEFTY JOSE QUINTANA MAY BE COMING TO PHILLIES!

Pitchers and catchers are due in the Phillies’ Clearwater training camp a week from today — Feb. 14 — and according to the Boston Globe’s Nick Caffardo, they are considering adding another pitcher:

White Sox GM Rick Hahn has held his ground on what he needs in return for the 28-year-old Quintana in a deal. Hahn is under no pressure to trade the All-Star now and could hold on to him until the trade deadline, when teams feel more urgency to make a deal. But Hahn will move Quintana sooner if he gets a package similar to what he got for Chris Sale. Prospect-rich organizations such as the Astros, Braves, Dodgers, Rangers, Phillies, Yankees, and Brewers are possible destinations.

0 thoughts on “ALL-STAR LEFTY JOSE QUINTANA MAY BE COMING TO PHILLIES!”