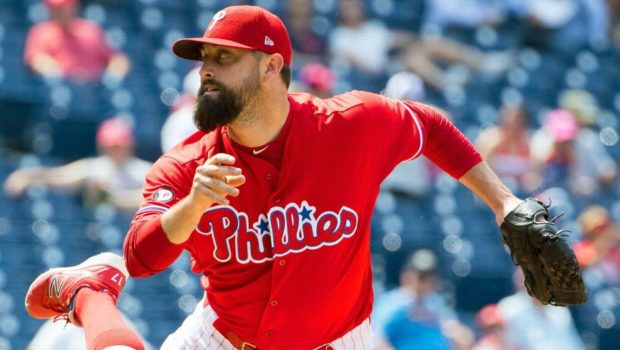 It’s hot all over the East coast, but the phone wires between the Phillies’ front office and the rest of MLB appear to be even hotter.

Their only All Star Game rep, reliever Pat Neshek, is being scouted by a number of teams, including the Boston Red Sox, New York Yankees and Kansas City Royals, Nick Cafardo of the Boston Globe reports.

Neshek, acquired from the Houston Astros over the offseason, has a 1.31 ERA in 37 appearances for the Phils this season. A free agent at year’s end, he’s a logical trade candidate.

Another player to keep an eye on, per CSN’s Jim Salisbury, is Tommy Joseph, as first-base prospect Rhys Hoskins’ big numbers at Triple-A this season have the club’s front office wanting to give him a look in the majors.