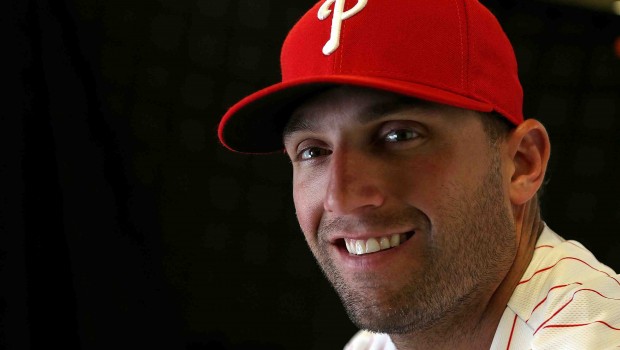 STANDOUT JEFF FRANCOEUR WANTS TO STAY A PHILLIE IN 2016!

ESPN.com has reported that Jeff Francoeur did not clear revocable waivers. A team claimed him, but the Phillies could not strike a deal with that team.

Francoeur said before Tuesday’s 6-5 loss to the Mets that he is more than happy to finish the season with the Phillies.

Francoeur will be a free agent after the season. The Phillies seem interested in bringing him back, but nobody knows what will happen. First, general manager Ruben Amaro Jr.’s contract expires after the season and incoming president Andy MacPhail has not announced any decision about the GM spot. The Phillies also need to decide who their manager is going to be, if it is not going to be interim manager Pete Mackanin.

Of course, then the Phillies have to figure out how they want to configure their 2016 outfield.

“I would come back for the right situation,” Francoeur said. “Once they figure all that out, yeah, I’d definitely be interested.”

Could he handle another season on a rebuilding team?

“I could. I really could,” Francoeur said. “I like where we’re going right now. Hell, we have the [fourth]-best record in the National League in the second half. At the same time, I’m not saying I’ve got to play every day, but I would want an opportunity to play if I’m playing well. I’m not saying every day, though. But for the right opportunity, yeah, I’d definitely come back.”