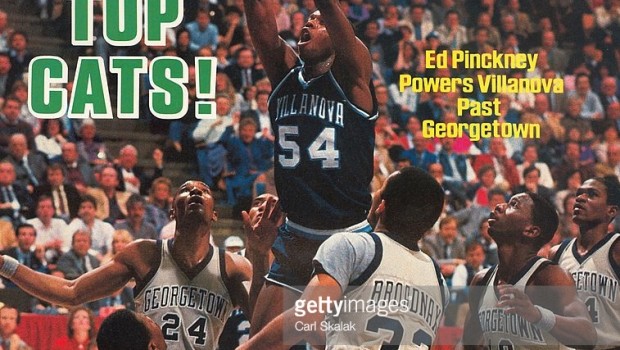 St. Peter’s was blown away by Kansas yesterday at the Wells, so the No. 11 East seed is gone.

And the 8-seed Villanova Wildcats are still the lowest seed to win a national title, doing so in the first year of the 64-team bracket of 1985.

Villanova won the NCAA Tournament in a year that the Big East put three teams in the Final Four.

Georgetown was the defending champion and had Patrick Ewing, but before another rematch with the Hoyas Ed Pinckney and Villanova had to get through 1-seed Michigan, Len Bias and Maryland and a Dean Smith-coached North Carolina team that had just lost Michael Jordan but still had Brad Daugherty as its star.

Rollie Massimino has laughed off the idea that Villanova played a “perfect” game against Georgetown in the national championship game despite shooting 78.6 percent from the field, making sure to note the Wildcats had 17 turnovers in the contest as well.