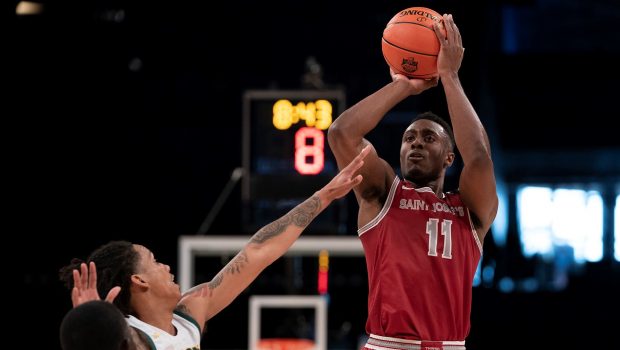 George Mason led by 14 points with 2:52 remaining in the game until Saint Joseph’s made three 3-pointers on its next five possessions to get within 68-64 with just over a minute to go. But Javon Greene made six free throws in the final minute as George Mason went 9 of 12 to seal it.

Ryan Daly had 28 points for the Hawks (6-26). Toliver Freeman (above) added 18 points and seven rebounds, and Cameron Brown had 10 points.