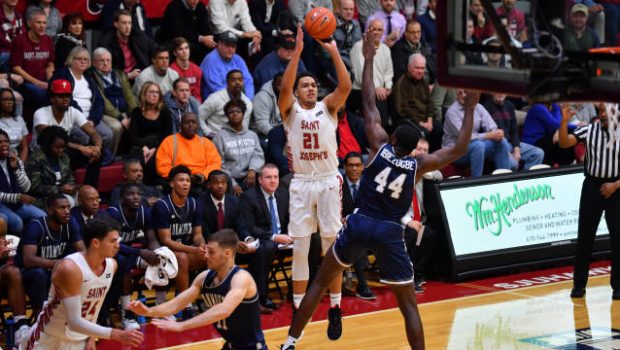 Charlie Brown, who led the Hawks in scoring entering the matchup with 20 points per game, scored only nine points on 2-of-13 shooting.

The Hawks forced a season-high 21 turnovers.

Saul Phiri had 17 points and seven rebounds for the Explorers (9-19, 7-9). Isiah Deas added 13 points. He also had seven turnovers but only one assist. Traci Carter had 11 points and six assists.

The Hawks evened the season series against the Explorers with the win. La Salle defeated Saint Joseph’s 83-69 on Feb. 5. Saint Joseph’s faces Rhode Island at home on Tuesday. La Salle plays Dayton on the road on Wednesday.