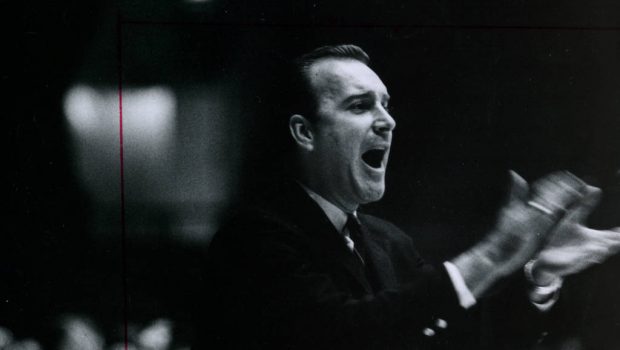 Former St. Joseph’s coach Jack McKinney has died at the age of 83.

McKinney was a protege of Hall of Fame coach Jack Ramsay and succeeded Ramsay at St. Joseph’s, his alma mater, from 1966 to 1974 before leaving to become an assistant coach in the NBA.

McKinney was named to his first NBA head-coaching job with the Lakers in 1979. He was the Lakers coach for 14 games, but suffered serious head injuries in a bicycle accident and was replaced by Paul Westhead, who went on to take the team — with a rookie named Magic Johnson — to the NBA title.

McKinney continued to suffer from memory loss and other neurological issues throughout his life.

McKinney went to coach the Kings, then in Kansas City, briefly in the 1984 season. He resigned after nine games, eight of them losses.

McKinney, a native of Chester, played at St. Joseph’s from 1954 to ’57 and coached the Hawks from 1966-67 through 1973-74. He led them to a 144-77 record and four NCAA tournament appearances before leaving to become an NBA assistant with the Milwaukee Bucks and Portland Trail Blazers.