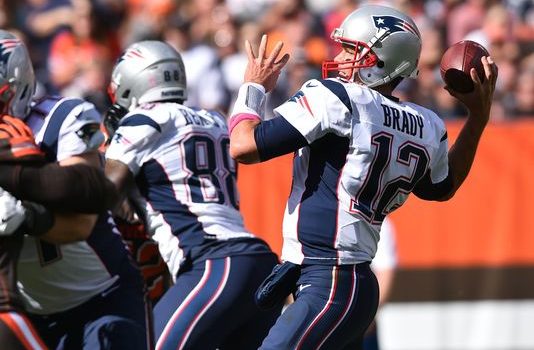 AGAINST THE SPREAD: PATS WERE 13-3 AND 6-PT. PICK OVER STEELERS!

The smart guys in Vegas have taken a bath so far in the NFL playoffs, especially last Sunday, so take what they say about this Sunday’s NFC and AFC championship games with a big grain of salt:

The New England Patriots will beat the Pittsburgh Steelers by about 6, and the Atlanta Falcons will defeat the Green Bay Packers by 4 or 5 in a high-scoring affair.

One of the truisms of gambling is that it is difficult for a team to be a great bet week in and week out. That’s because the more a team wins and covers the spread, the higher its spread will be the next week and the week after that. Eventually, most teams congregate close to .500 against the spread for the season.

That makes this season for the Patriots all the more remarkable. Despite being favored in 15 of 16 games by as many as 17 points, the Patriots finished 13-3 against the spread, earning a tidy profit for those who bet them blindly. That was the best record in the league.

It seems hard to remember, but in Week 1, the Patriots were 8½-point underdogs to an Arizona Cardinals team that had impressed last season. Part of that gap was no doubt attributable to the status of quarterback Tom Brady, who was sitting out the first game of his four-game suspension for his role in the scandal involving the deflation of footballs.

The unheralded backup Jimmy Garoppolo was up to the task, though, and the Patriots won in an “upset” that later events proved wasn’t so much of one. The Cardinals finished 7-8-1.