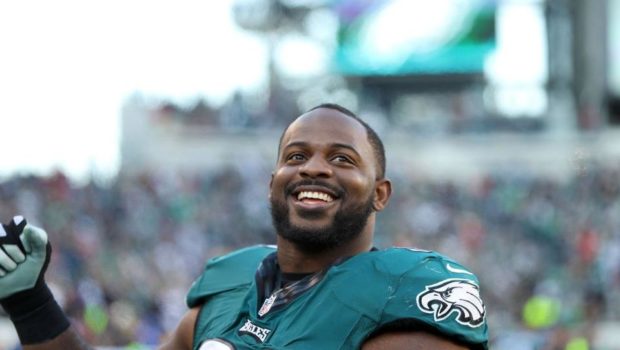 Okay, he’s only a college student and he lives in Buffalo, but Louis DeBlase has presented a spot-on look at the Eagles’ postseason for FanSided.com:

Barwin told the media he would take a pay cut to stay in Philadelphia, but he may be a bad fit in defensive coordinator Jim Schwartz‘s defense. The need to give Vinny Curry an increased role (due to Roseman giving Curry a huge extension last off-season) may force the Eagles to cut ties with the veteran.

Mathews proved to be an unreliable starter with health issues and fumbling problems plaguing his 2016 season.

The story of Mathews will always be that of a talented runner that just couldn’t stay on the field consistently enough to prove his 12th overall selection in 2010.

Cutting Kelce would be tough one considering the huge impact the veteran has had on the running game and his leadership for the guys along the line.

Kelce was named a pro bowl alternate but took a big step backwards in 2016.

This is an easier decision with 2016 third round pick Isaac Seumalo waiting in the wings. Seumalo held his own at both guard positions, and right tackle in his rookie season.

Seumalo played every position on the line while with the Oregon State Beavers, but his natural position is center.

This was an easy decision. McKelvin was ranked 79th of 120 ranked corners according to Pro Football Focus, and gave up the most yardage per snap in the NFL (four times more then the second most given up by Terrance Newman).

Kendricks became the third linebacker behind both Jordan Hicks and Nigel Bradham, playing only 26% of snaps in 2016.

With a cap hit of over a million dollars, the Eagles will likely move on from the former second round pick.

Brooks was another hand picked corner by Schwartz that was a liability on defense. He only played in four games as the Eagles slot corner in 2016.

Logan may be one of the more underappreciated players in Philadelphia.

Although Logan isn’t the dynamic inside pass rusher that his partner Fletcher Cox is (5.5 sacks in 4 seasons), he is the lynch pin of the run defense that took a significant dive when Logan was injured.

At 35 years old, the future NFL Hall of Fame tackle was rock solid once again during the 2016 season.

Peters played in all 16 games this season and was graded as Pro Football Focus’s 7th highest rated tackle.

With a $9.2 million cap hit, expect the Eagles and Peters to work out a new, restructured contract.

After cutting Jason Kelce in this simulation, the Eagles will need a veteran backup that can fill in at both guard and center.

Wisniewski played well at both guard spots in 2016, but he mostly played center with the Jacksonville Jaguars. That may be his natural position.

The former Jaguar has stressed he wants to start, and he played well enough in 2016 to get a shot to do so in Philadelphia.

We believe Jackson will turn down other offers to rejoin the Eagles.

Despite turning 30 in 2016, Jackson showed no signs of slowing down, finishing the season with a stat line of 56 receptions 1,005 yards 4 touchdowns. That would be a much needed shot in the arm for the receiving core.

A former first round pick from the Houston Cougars, Hayden never turned into the shutdown cover corner the Oakland Raidersthought he would become on the outside.

A move to the slot corner in 2016 was beneficial to Hayden who forced opposing quarterbacks into a passer rating of 85.5 when targeted.

With cornerback Jalen Mills on the roster and a high 2017 pick likely to used on addressing the cornerback position, Hayden would be an inexpensive option to fill the slot role. That would allow Malcolm Jenkins to focus on safety full time.

Howie is getting the gang back together!

The Eagles will need depth at defensive end after cutting ties with Connor Barwin. Cole fits perfectly in the 4-3 defensive scheme, and that allowed him to finish with the second-highest sack total in Eagles history with 85.5.

Cooper, a former first round draft pick, could be a low-risk, high-reward signing with the athleticism and power to intrigue Roseman and the Eagles.

Bostic was selected by the Chicago Bears in the second round of the 2013 draft and would be another low-risk signing.

The former Florida Gators linebacker had 140 tackles, two sacks and an interception in his first two seasons but since has dealt with several injures. He’s also been traded twice.

Bostic is only 25 and could be a nice role player in Schwartz’s defense.

Patterson fills the utility role that was left open after the Eagles cut ties with Josh Huff.

A former first round pick possesses incredible speed and athleticism, and that could benefit the Eagles in many ways.

Head coach Doug Pederson loves to use different types of screen plays and reverses that Patterson could be featured in.

Don’t forget he also has incredible ability as a return man.

Wentz and the offense badly need a workhorse running back almost as much as they need a primary target at wide receiver.

Cook has top ten talent, but with Leonard Fournette also in the draft, Cook could easily fall to the Eagles at pick 14.

Like Jalen Mills, Lewis is an undersized corner at 5’10, but unlike Mills, Lewis has pro-level speed, allowing him to keep up with the other team’s faster receivers.

Lewis had a strong week at the Senior Bowl and was the best available cornerback in the second round of this simulated mock draft.

Lewis and Mills would make for an aggressive, young duo at cornerback as the Eagles move forward.

Here’s another young receiver to add to the mix.

After addressing speed at the wide receiver position in free agency by signing Desean Jackson and Cordarrelle Patterson, Stewart could add the element of being able to make tough catches to this skill group. Wentz has a tendency to be inaccurate and throw high. Stewart could bail him out.

In the latter rounds, we see it this way: