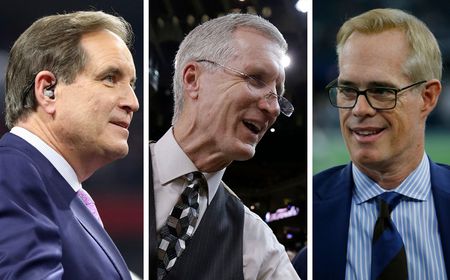 SPORTS COMING BACK WITH NO FANS? HERE’S WHAT THESE GUYS THINK!

During the discussion on HBO’s “Real Sports With Bryant Gumbel,” all three broadcasters said they would all be comfortable traveling to the events and calling them live if the companies/sports leagues give the go-ahead tomorrow.

Bryant Gumbel: “Let’s say that the NBA decides, ‘OK we’re back in business on such-and-such a day.’ Could you envision them going back and you saying, ‘Nah, I don’t think so’?”

Mike Breen: “Well Bryant I think initially for us in the NBA, I think a lot of the broadcast teams, if the NBA season resumes, will be doing it from a studio.”

Jim Nantz: “Sure, We’re all concerned what we’re stepping into but if we’re given the green light there’ll be alot of behind this decision and people on the front lines in whatever city we travel to, they’re going to make sure that the CBS people are safe” So I have to go to an event in person, I’ll have faith in that, I really will.

Joe Buck: I’ll just go where they’ll tell me, I feel like if they’re going to hold the event, if they’re going to ensure safety of the people involved, aka the players and the staff and people down on the field, they’ll probably extend that up to the fifth level which is the press box, if they get up there to clean it, I’m ok.