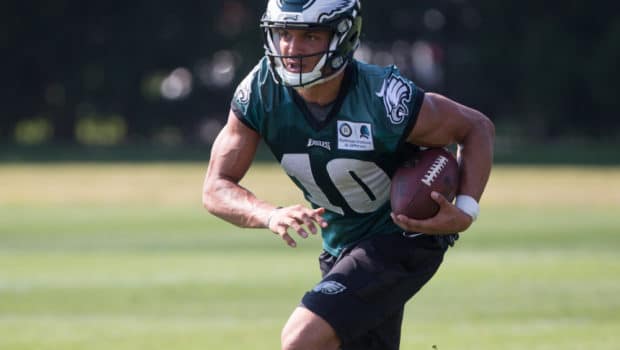 “I think everybody is expecting him to contribute big time on special teams. Then he needs to start out this year as a backup receiver who can be dependable, who can play multiple positions,” Pederson said yesterday. “With his size and his length, [he] needs to be a guy who can be physical, who will be aggressive in the run game — we want to run the football.”

Pederson also noted that Hollins can be a deep threat from the outside. The Eagles quarterbacks take deep shots to Hollins on post routes frequently during practice.

“He has a knack for — he’s good on contested catches,” Pederson explained. “He’s got good speed and he can get vertical down the field. He’s proven he can do that in college. He needs to prove that he can do that at this level.”