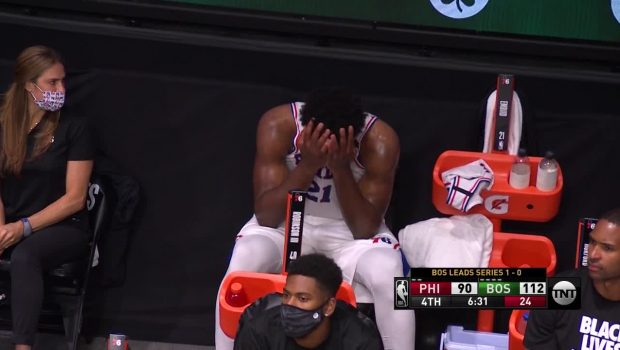 The 76ers pretty much put up the white flag on Game 2 of this series — and perhaps their season too — falling 128-101 to Boston.

Their energy level, particularly Joel Embiid’s, crashed as the Celtics galloped up and down the floor.

This is an expensive team with an audacious strategy from an aggressive front office and a group of players who believed they were on the cusp of superstardom.

Embiid, for example, declared at the start of the season that he planned to win Most Valuable Player and Defensive Player of the Year.

Now, they are a 6-seed down 0-2 with a $150 million payroll on the books for next season, and everyone involved knows there are probably going to be changes up and down the line.

Maybe the 76ers get a win or even pull out two victories against the Celtics — though that is unlikely if Jayson Tatum keeps playing like a passed-over MVP candidate — but it will almost certainly not change the reality.

It’s plain to see on the 76ers’ faces and in their body language.

Like many teams before them over the decades and probably many teams to come, they are going through the motions of the end of the dreaded letdown season.