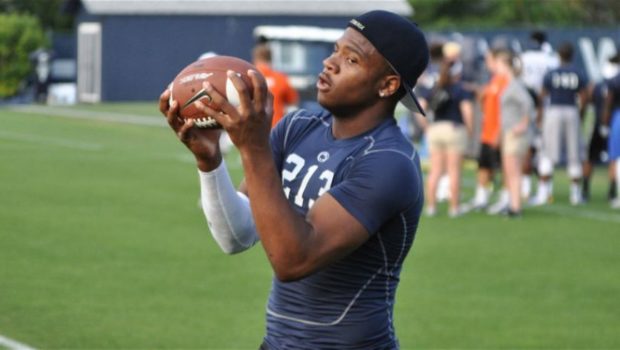 Five-star defensive end Micah Parsons of Harrisburg has chosen Penn State. He was ranked as the No. 4 overall recruit and No. 1 recruit in Pennsylvania, according to 247Sports Composite rankings. With a big crowd and marching band in attendance, Parsons showed in a recruiting video that he was staying home to play for Penn State … but not before doing a fake-out at Oklahoma’s expense. Parsons was a one-time target for Ohio State before a self-reported recruiting violation involving access to ESPN’s “College GameDay” in September caused things to break down.