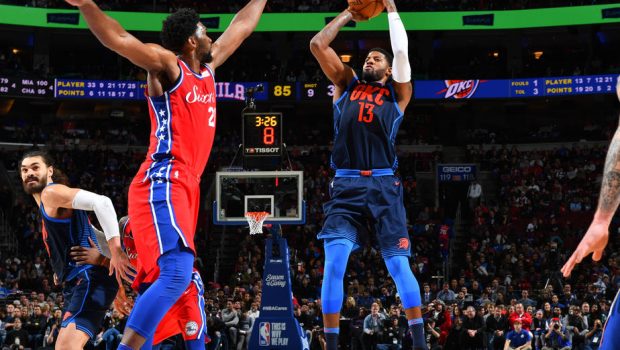 So much for the super team Magic Johnson is trying to build with the L. A. Lakers.

Paul George has agreed to re-sign with the Oklahoma City Thunder on a four-year, $137 million deal, USA Today is reporting, spurning his hometown Lakers which made a lot of noise about signing him this free agent season.

The Thunder – who landed George via trade from Indiana last summer just one year after losing Kevin Durant to Golden State via free agency in 2016 – somehow staved off the pull of the Los Angeles Lakers.

The Thunder had every reason to worry about George leaving to play for his hometown team after underperforming during the regular season (48-34; two games away from missing the playoffs) and postseason (falling in the first round to Utah in six games). And while the rumblings have grown louder in recent days that LeBron James might be on the verge of donning the purple and gold, the prospect of George joining him loomed large.