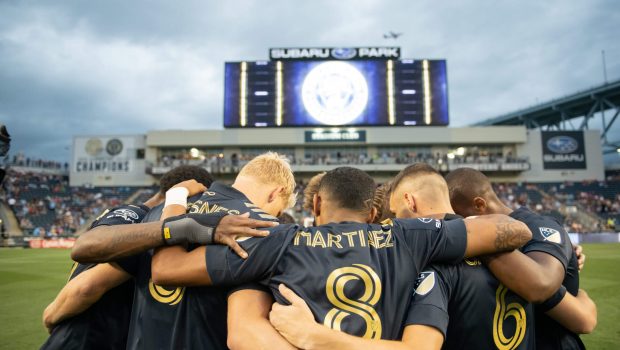 And, even though they have lately become one of the best teams in American soccer, the Inky actually has done a deep dive about why they aren’t more popular than the other sports in town.

The Inly writers who “cover” the Union have been jamming soccer down our throats for what seems like forever.

Nothing they do isn’t celebrated.

It’s a bit of a mystery, then, why the city’s sports fans have yet to fully embrace the Union, a team that this season is not only leading Major League Soccer in the standings, but also setting records in both goals scored on opponents and goals denied to opponents.

Other teams in town, meanwhile — cough, Flyers — have had multiple disappointing seasons while still maintaining a solid city fan base.

There used to be an expression:

NO CHEERING THE PRESS BOX.

The Inky has transformed that into:

The fact is that the Union don’t get the notice the other Philly teams do because for many sports fans here and in most of the USA soccer is still a minor league sport.

The rules are arcane.

And even if you understand the rules, there is so little scoring that it’s next to impossible to bet on.