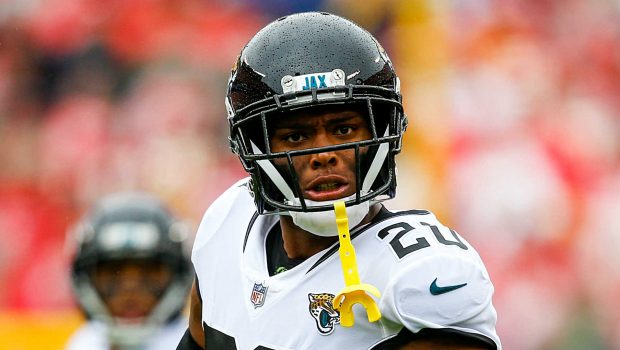 The Eagles obviously weren’t as desperate as the Rams were for help in their secondary.

Los Angeles shipped Pro Bowl cornerback Marcus Peters to the Baltimore Ravens, then acquired an even more talented defensive back in Jalen Ramsey from Jacksonville.

The Jaguars’ asking price of two first-round picks scared off many teams, but not the Rams, who also threw in a fourth-rounder for good measure. They felt the need for game-changing remedy at cornerback where Peters has yielded big plays with greater frequency, and where Aqib Talib is headed for injured reserve with a rib injury.

But because of the current state of the Rams — losers of three straight for the first time under Sean McVay, with the two most recent defeats coming to NFC West rivals Seattle and San Francisco, and with injuries mounting — the Ramsey acquisition smacks of desperation.

Under different circumstances, this would have been classified as yet another aggressive and gutsy move by the Rams’ brain trust.

But those losses did happen, and they were preceded by an embarrassing debacle at L.A. Coliseum in which the Rams’ defense allowed the same Jameis Winston, who threw five interceptions on Sunday against the Carolina Panthers, to torch them for four touchdown passes in a 55-40 upset.