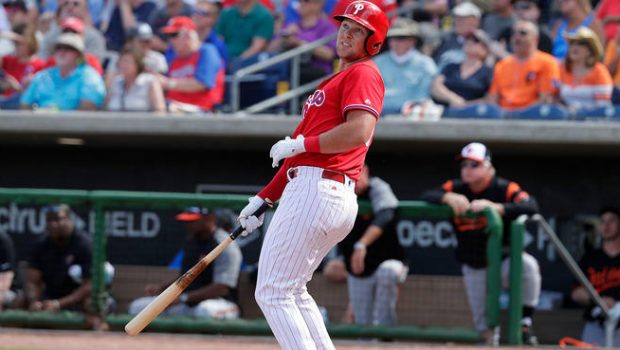 Phils first baseman Rhys Hoskins said he’ll be ready for opening day even though he has “mild” soreness in his left shoulder.

“It’s not in question,” Hoskins said. “It’s nothing to worry about.”

Hoskins said he first felt something after taking an “awkward swing” Sunday. An MRI exam Tuesday showed no structural damage.

“It’s a little sore, there’s a little inflammation,” he said. “Nothing to be worried about. We wanted to nip it in the bud before it got any worse.”

In the event Hoskins cannot play, manager Gabe Kapler said that Maikel Franco will play first base. Franco has played nine games there in his big-league career. He has started six.

“This is more precautionary to make sure that he’s prepared for any scenario,” Kapler said. “He’s still a third baseman. He’s still going to play mostly third base.”