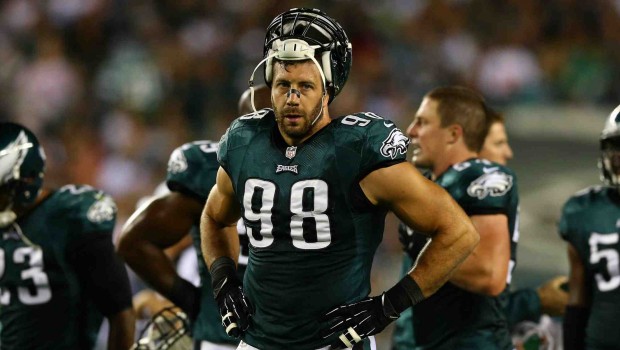 Here is an updated look at how much salary cap space the Eagles have heading into tomorrow’s free agency.

Roll Over: According to the NFLPA, the Eagles are set to roll over $7.9 million in cap space from the 2016 season to the 2017 offseason.

Contracts: The Eagles currently have $157 million in committed contracts for the 2017 season. They can release players to lower that number, but as of now, they enter the offseason with $157 million committed to next season.

Cap Space: Using $174.9 million as the Eagles’ cap, the Eagles have around $11 million in cap space.

Rookies: The Eagles will have to budget around $5 million for their 2017 rookie class, which comes out of the $11 million cap space. That brings the Eagles down to around $6 million. In free agency, however, the Eagles can commit up to $11 million in salaries, since the draft is after free agency. They will just have to release players after signing their rookies.