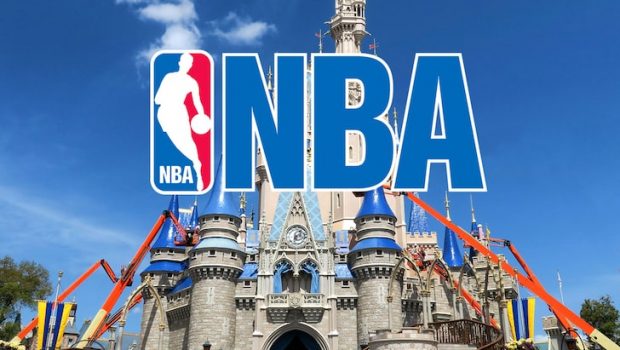 SOME NBA PLAYERS ON NO-HOPERS AREN’T GOING TO DISNEY WORLD!

As much as Sixers fans are hanging by a thread in anticipation of the resumption of the 2019-20 season after the pandemic pause, not every NBA player is hot to play.

ESPN is reporting that as a faction of NBA players hold conference calls to discuss uncertainty about restarting the season in the Orlando, Florida, bubble, the NBA and National Basketball Players Association are agreeing on a plan that would allow players to stay home without consequences, sources told ESPN.

There were 40 to 50 players on and off a conference call in the past 24 hours discussing a number of concerns centered on the restart in Orlando, but there has been no formal petitioning to the NBPA from any group wanting out of the 22-team resumption, sources said.

As players have started to come to terms with the restrictive and isolated nature of the Orlando bubble — including no visitors until after the first round of the playoffs, nearly seven weeks after the opening of mid-July training camp — there has been increased dialogue about the prudence of restarting the season for a number of players, especially those on non-championship contenders, sources said.

Executives and coaches around the NBA have had significant concern about how players will adapt to an environment unlike any they’ve ever experienced and how those hurdles could impact the sustained competitive drive for teams. Many have worried, too, especially on teams that aren’t title contenders, if some players will start to seek avenues to bypass the resumption altogether.

Players are citing a number of concerns, including family situations, the inability to leave the Disney World Resort campus, the coronavirus pandemic and the implications surrounding the emergence of social justice causes in the country, sources said. Participants in Orlando — including players — will not be allowed to leave the bubble environment without a 10-day quarantine upon their return to the Disney grounds, sources said.

Players with medical issues that might put them in high-risk categories could seek an independent examination to learn whether they would be excused from participation, sources said. Even those told that they’re fit to play would be allowed to bow out of Orlando, but without pay for the final eight regular-season games, sources said.

Players deciding against the Orlando resumption would not be paid for missed games, sources said. The league started withholding 25% of players’ paychecks on June 15 because of the force majeure provision in the collective bargaining agreement that will repay teams for canceled games.

Players who decide against participating in Orlando could be replaced by a substitution player, sources told ESPN. The NBA plans to allow replacements for players who test positive for the coronavirus or suffer injuries, sources said. Those players who are replaced become ineligible for the rest of the 2019-20 season, sources said.

The NBA and NBPA have been working around the clock this week to finalize the terms of the restart. They hoped to have a term sheet and a health and safety protocol guide available to teams and players this week, sources said.