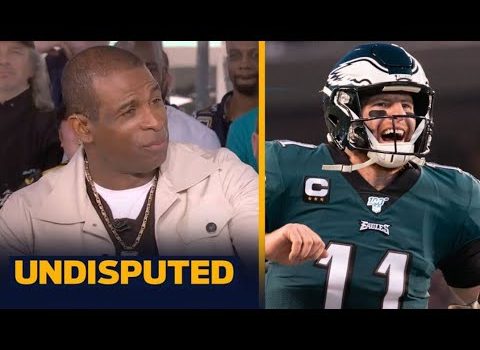 SOME EAGLES THINK WENTZ ‘IS NOT THE GUY,’ DEION SANDERS SAYS!

Should the Eagles make the switch to Hurts?

“If you think he could possibly be that guy, what you are going to get if you stay with Wentz, you going to get a division — pretty much what you already have,” Sanders said.

“You have some guys in the locker room saying ‘Hey man, this ain’t working partner. You could at least give the other kid a shot, because this ain’t working.’ He is not the guy. You can’t just try to justify it because you made a mistake and paid him a ton of money, which you are going to get out of that contract as soon as you can. But you got to be able to salvage that team in a horrific division that you can probably still win, you got to get away from that kid.”