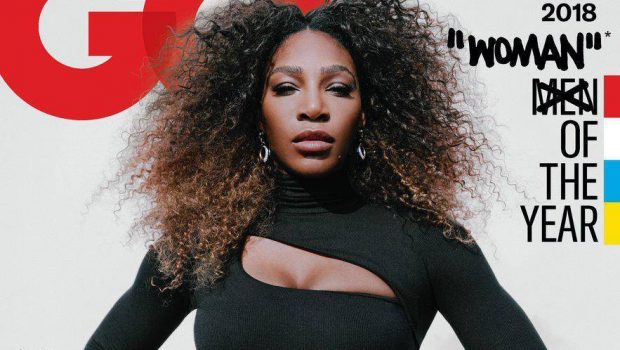 SO, WHY DID GQ PUT QUOTES AROUND WOMAN ON SERENA COVER?

So, GQ magazine has a mostly male readership, and they annually choose a Man of the Year, or some such thing.

But this year they have wimped out and have seemingly chosen four.

Guess they couldn’t make up their minds about one.

And, just so they get a lot of publicity, one of the four is Serena Williams, whom you may know is a woman.

Which may be why they put quotes marks around woman on the above cover.

Or maybe because they are doubting if Serena is a woman even though she is the greatest woman tennis player ever.

Williams’ cover, which features her looking flawless in gravity-defying curls and a black turtleneck bodysuit, also include, according to some defensive-sounding promo copy from GQ, “a special surprise cover collaboration with Virgil Abloh—the Off-White designer behind her coolest on-court looks in 2018—featuring his signature quotation marks in his own handwriting.”

In case you missed them, those signature quotation marks neatly frame the word woman in “Woman of the Year.”