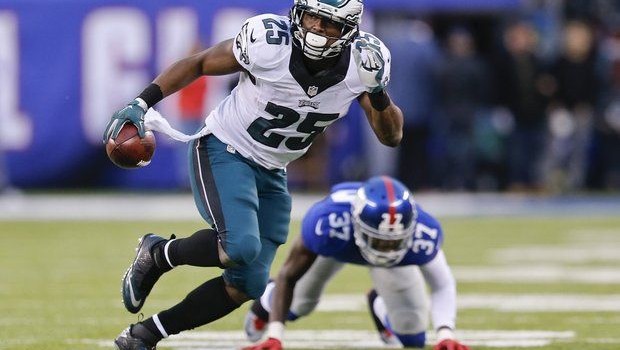 SO, WHAT WILL IT TAKE FOR EAGLES TO BRING BACK SHADY MCCOY?

The Eagles have been totally silent about their need for a veteran running back.

Which is not surprising since they resemble the CIA when it comes to public statements.

But the buzz around the league is that they will add a back-up back for Miles Sanders and Boston Scott.

How about a LeSean McCoy reunion.

The Eagles are interested in bringing back McCoy, but have yet to offer him a contract.

Philly’s all-time leading rusher is past his prime and rushed for a career-low 465 yards last season, being a game day inactive in the AFC Championship Game and Super Bowl LIV (played just one snap in the postseason).

If the Eagles do bring back McCoy, he’s just a veteran option behind Sanders who still can provide insurance as a reserve back. Scott would have an expanded role as a pass-catching back, even with McCoy on the roster (remember the Eagles use a running back-by-committee approach). The Eagles won’t be asking McCoy to carry the ball 150 times, but he would certainly get around 100 carries as an effective No. 2 (he did average 4.6 yards per carry last year).

If Sanders or Scott were to go down with an injury, McCoy can be trusted upon to get 5-to-10 touches a game on a veteran minimum deal. Even though it’s easy to write off McCoy, he still is determined to prove there’s something left in the tank at 31 (he turns 32 in July). He’ll also get to finish his career in Philadelphia, which he wants in the first place.

The Eagles have been burned by veteran running backs over the past two years in bringing back Darren Sproles, but also had success with LeGarrette Blount three years ago. Signing McCoy is a low-risk, high-reward move that is just a luxury in case Corey Clement or Elijah Holyfield doesn’t pan out as a No. 3 or No. 4 option, since Clement has been hindered by injury and Holyfield has never played a regular season snap in the NFL. Philadelphia is likely going to keep four running backs anyway, so why not have McCoy compete for a job?

would be an ideal No. 2 running back behind Miles Sanders, leaving Boston Scott in the Darren Sproles role (he still would get the same amount of snaps if Freeman was on the roster).