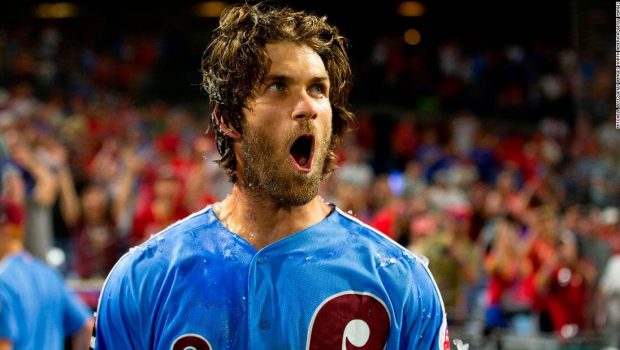 SO, HOW GOOD CAN THE PHILS BE IN 2020? ANSWERS COMING TONIGHT!

The Phillies loaded up on stars before the 2019 season, with their signing of Bryce Harper to a record contract as the centerpiece.

What they got was a disappointing 81-81 record and a fourth-place finish.

Harper ended up posting a mark of 4.6 WAR, good for 26th in MLB, but Philly might worry that his best seasons are behind him:

His strikeout rate has inched up for three consecutive seasons, and he’s now five years removed from truly elite production when he won the NL MVP in 2015.

J.T. Realmuto is still projected as one of the best catchers in baseball, and he was last year in his first year with the Phillies, but staff ace Aaron Nola took a step backward last season, and it’s not clear how Andrew McCutchen will perform coming off knee surgery.

The Phillies will also be looking to get more from free agent signee Zack Wheeler’s raw tools (elite velocity and above-average spin rate) than the Mets did.