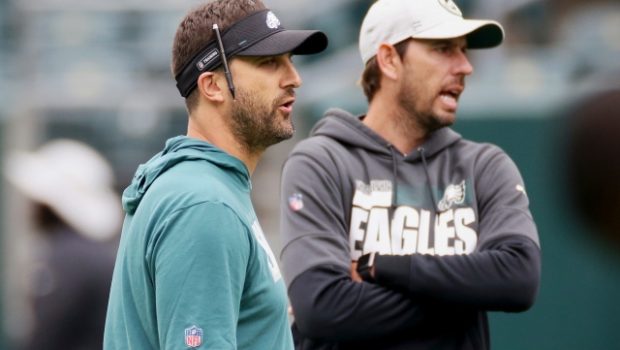 SO, EAGLES OC STEICHEN CALLED RUNS THAT TURNED AROUND 2021!

The Eagles had a league-low 45 percent pass rate over the season’s final nine weeks, running the ball on 67 percent of their plays while leading in the season’s second half.

“Shane calls it in, but we discuss what that flow will be before each one, and then Shane rolls with that series of five plays and … it can be different each series I guess is what I’m saying,” Sirianni said.