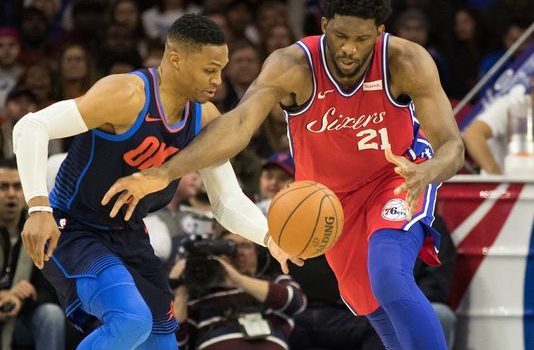 SO, ARE SIXERS JO AND WIZ WESTBROOK COOL? ‘F— NO!’

Back in the day when Russell Westbrook was playing for OKC Thunder, he and Sixers star Joel Embiid got into battles on the court and with words.

He’s what Westbrook, now with the Wiz, says:

Just a reminder of what Russell Westbrook said when I asked if he and Joel Embiid were cool. “F*** no!” pic.twitter.com/bIVcbv3e5r