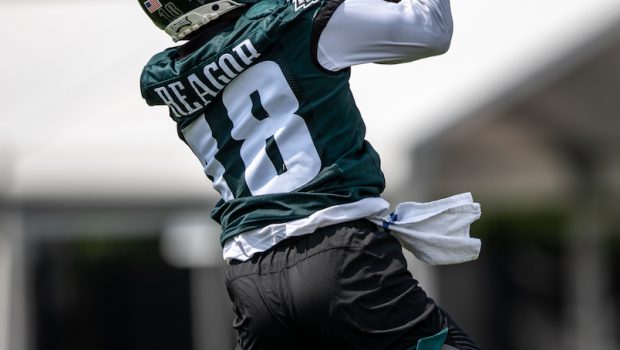 The hits just keep on comin’ for the snake-bit Eagles.

Rookie receiver Jalen Reagor suffered an ulnar collateral ligament tear, the same as the one suffered by Saints quarterback Drew Brees in 2019, which required surgery to repair and forced him to miss five games.

Reagor attempted to play through the injury in the week 2 loss to the Rams, but according to NFL Network’s Mike Garafolo, it sounds as if he’ll miss a few weeks. The Eagles did not specify whether Reagor’s injury will require surgery. NFL Network Insider Ian Rapoport reported he is expected to land on injured reserve.

Reagor began his NFL career with a bang, catching one pass for a 55-yard gain in the week 1 loss to Washington. He caught four passes for 41 yards Sunday versus the Rams.

The Birds selected Reagor to add a much-needed weapon to its receiving corps, which was decimated by injuries last season. He’s stepped into a significant role, playing 105 total offensive snaps through two weeks.

Still, the Eagles have struggled offensively, scoring just 36 combined points between their first two games. Quarterback Carson Wentz has stumbled out of the gate, completing 50 of 85 passes while also posting a 2-4 touchdown-to-interception ratio.