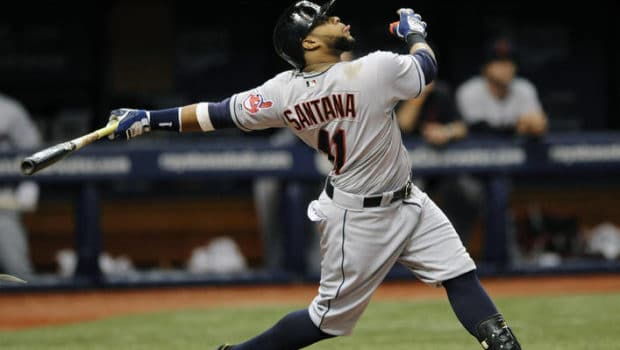 The Phillies have finally made a splash of a signing!

The veteran first baseman will earn a total of $60 million over the next three seasons.

The 31-year-old spent his entire big league career as a member of the Indians, breaking into MLB in 2010. Santana has the ability to play first base and in the outfield — he’s also played third base in his career.

Santana appeared in 154 regular-season games for the playoff-bound Indians last season. He hit .259 with 23 home runs, 79 RBIs and a .363 on-base percentage in 571 at-bats. Remaining quite durable over the years, Santana, who currently owns a career batting average of .249 with 174 homers, 587 RBIs and a .365 on-base percentage, has appeared in at least 143 regular-season games in each season since 2011.