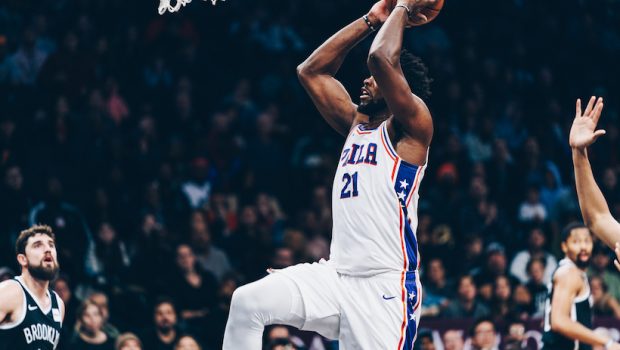 But they are being floated by the Sixers TV ratings!

NBCSP had its highest November ratings for the Sixers since 2001, and the most-streamed month ever for Sixers games.

For the month, the Sixers averaged a 3.4 HH rating. Season to date, the Sixers game broadcasts on NBCSP are averaging a 3.2 HH rating, up 14% year-over-year, and up 28% over last season’s average.

That includes a 6.2 HH overnight rating on November 14, when Jimmy Butler made his Sixers’ debut against the Orlando Magic.

Butler’s Sixers debut against the Orlando Magic (November 14th) is the most-streamed game ever for the 76ers on NBCSP, beating out Game 5 and Game 3 of the first round of the playoffs last season.
Wednesday night’s Sixers-Raptors game telecast out-delivered ESPN’s telecast by 60%.