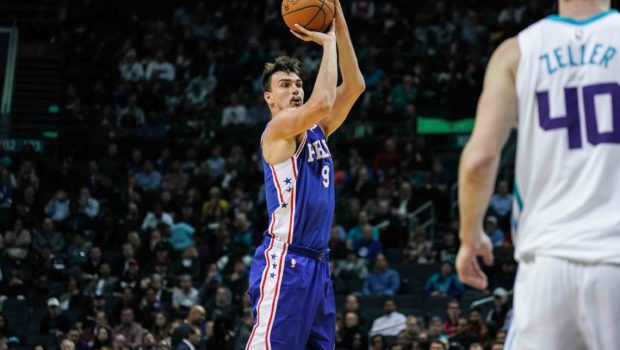 The 76ers shot 16-for-33 on 3-pointers through didn’t have a 3-point basket in the last seven minutes, having done enough long-range damage by then.

Ben Simmons tacked on 16 points on 8-for-9 shooting from the field, and JJ Redick provided 14 points. Marco Belinelli and Ersan Ilyasova each had 11 points off the bench.

Dwight Howard scored 30 points for the Hornets, hitting 12 of 17 shots from the field.

Nic Batum’s 12 points and Marvin Williams’ 11 points weren’t enough, as the four starters other than Howard combined for 33 points.

Philly shot 67.5 percent from the field in the first half, an offensive outburst that might have been bigger if not for nine turnovers. The 76ers had only five second-half giveaways.

Redick was 3-for-4 on 3-pointers in the first half.

Charlotte had 28 first-half points from its reserves, accounting for nearly half of the points production.

This was Philadelphia’s second game of a four-game road stretch.