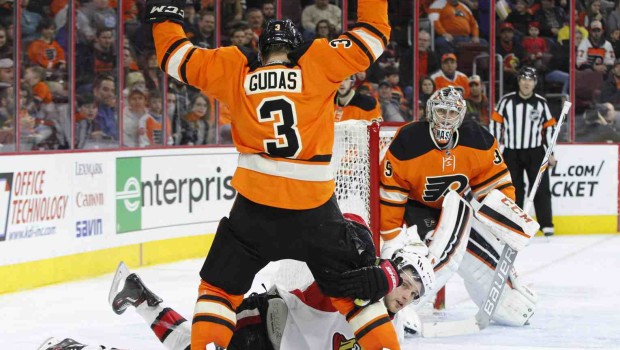 The Flyers got two power-play goals from Wayne Simmonds, a strong effort from goaltender Steve Mason and continued their surge toward the playoffs with a 3-2 win over the Ottawa Senators today at the Wells.

The Flyers built a 2-0 lead on power-play goals in the second period after a sloppy, scoreless first. Their first goal came when Jakub Voracek, playing the point, intercepted a failed clearing attempt by Ottawa’s Jean-Gabriel Pageau. Voracek, uncovered at the point, quickly fired the puck toward the net to a wide-open Simmonds, who redirected the puck past goalie Andrew Hammond 1:30 into the second period.