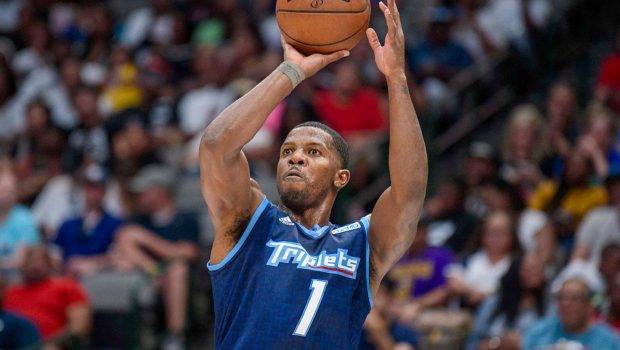 Sixers general manager Elton Brand has been busy since May remaking the Sixers roster to prepare for a push toward an NBA title, adding Josh Richardson, Al Horford and re-signing Tobias Harris.

And his work’s not done.

ESPN is reporting that former NBA All-Star and reigning BIG3 MVP Joe Johnson is in Philly today for a workout.

Center Spencer Hawes is also working out for the 76ers on today, league sources told ESPN’s Adrian Wojnarowski. Hawes, 31, has played 10 years in the NBA and played with the Lakers’ G-League team last season.

He most recently played in the NBA during the 2017-18 season with the Utah Jazz and Houston Rockets.

Johnson returning to the NBA through the BIG3 would be huge for the three-year-old league, because it has not previously had a player sign a major deal with the NBA. Former BIG3 player Xavier Silas signed a 10-day contract with the Boston Celtics in March 2018.

Johnson and the Triplets face the Killer 3s for the BIG3 championship on Sunday in Los Angeles.

“Joe Johnson playing in the BIG3 has been a dream come true for basketball fans around the world,” league founder Ice Cube told The Undefeated.