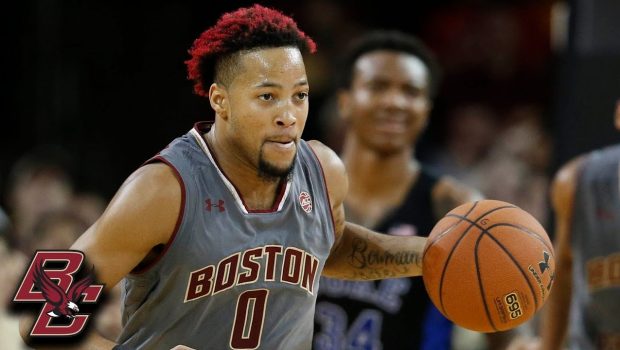 The 76ers are bringing in six prospects today for a pre-NBA draft workout:are set to visit the 76ers Training Complex.

Here is additional information about each workout invitee:

A multi-talented athlete, Ky Bowman originally committed to play football at North Carolina, before deciding to pursue basketball at Boston College. The 6-foot-1 21-year old was named to the All-ACC Freshman team in 2016-2017. Bowman improved steadily during his three seasons at Boston College, averaging a career high 19.0 points and 7.5 rebounds per game in 2018-2019. His year was highlighted by a 44-point, 10-board double-double over Hartford on New Year’s Eve.

A 5-foot-11 guard from Madison, GA, Tookie Brown received first-team All-Sun Belt honors each of the last three seasons. He tested the waters in the 2018 draft before returning for his senior season. Brown averaged at least 17 points per game in all four of his college seasons, while posting career-highs in assists (4.7 apg) and rebounds (4.2 rpg) in his senior campaign.

Zylan Cheatham spent his freshman and sophomore seasons at San Diego State before transferring to Arizona State for his junior campaign. In his first active season as a Sun Devil, Cheatham started in all 34 of his team’s games, averaging a career-highs in points (12.1 ppg), rebounds (10.3 rpg), and assists (3.2 apg), and earning First-Team Pac-12 honors. He topped the conference in boards. Though the 6-foot-8 Cheatham didn’t attempt many 3-pointers, he still converted 44% of his attempts, while shooting 53.4% from the field overall.

Terance Mann received 2018 and 2019 All-ACC Honorable Mention honors in his junior and senior seasons. He increased his production on the offensive and defensive glass in each of his four seasons at Florida State, averaging 6.5 rebounds per game last year. He also manufactured 11.41 points per game. The 6-foot-7 Mann shot at least 50% from the field throughout his NCAA career. He attended high school at the Tilton School in New Hampshire, a program that boasts NBA alumni including Nerlens Noel and Georges Niang.

Marial Shayok, an Ottawa, Ontario native, played his first three NCAA seasons at the University of Virginia, before transferring to Iowa State. In his senior year, the 6-foot-6 Shayok earned AP All-American Honorable Mention and All-Big 12 First Team honors. He led his team in scoring (18.7 ppg) at Iowa State. After playing at the G League Elite camp in Chicago, Shayok was invited to participate in the 2019 NBA Combine.

Max Strus began his college career in Division II, spending two seasons at Lewis University. After transferring to DePaul for his junior year, Strus started every game he played. He averaged 20.1 points and 5.9 rebounds per game in his senior campaign, scoring 43 points against St. John’s on April 3. The 6-foot-6 guard’s 81 3-pointers in 2018-2019 season ranks second all-time for a single season at DePaul.